Books make excellent gifts. Windmore writers appeal to every age. Support local arts with your purchase now and throughout the years. 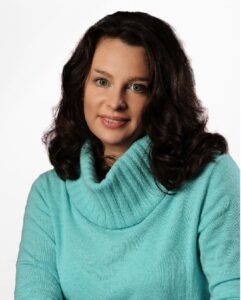 Workshop: This workshop is divided into two sessions.  Please make sure you can attend both sessions and participate in the writing/feedback activities. The cost includes both sessions.

Windmore members will have access to the video after the session. Become a member now: https://tinyurl.com/WFA-membership-2020-2021 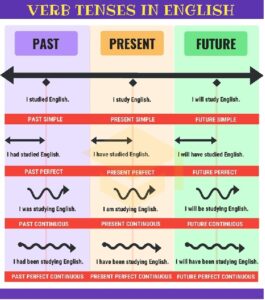 The Narrative NOW of your story, whether it is in the Past or the Present, affects your choice of verb tenses. In this online seminar, we will discuss what each choice entails, how to stay consistent throughout a story, and how to use the different forms more effectively. The participants will be divided into one of two feedback workshops.
IT’S NOW OR WHENEVER 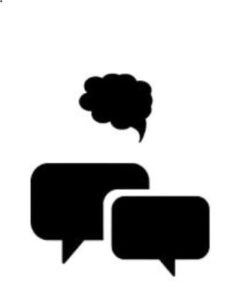 Give your reader ‘the feels’.

Make your readers live the story and connect to your characters by improving how you relay thoughts and emotions. Make inner monologues more convincing.

Lucie Rousseau will take participants for a closer look at the following:

Payment is due at the first session of the workshop. $30 Members; $40 Non-members

Weaving Life into the Story: Action, Dialogue, Pace and Structure

Quiet river flow? Or Action-packed? In this seminar we will learn how to structure the text to either speed up or slow down the pace of a story, and how to blend action, dialogue and description to make it come alive.

Lucie-Gabrielle Jolicoeur-Rousseau has a Master’s degree in Literary Studies/Creative Writing from Laval University, where she studied under the direction of Mr. Neil Bissoondath, a well-known Canadian author. Under the name Gabriele Russo, she is the author of three published novels: Incompetent Gods, Inclement Gods, and Incoherent Gods. This will be her fourth seminar with Windmore.

Join us at the Culpeper Baptist Church. Room 313

IMPORTANT: If Culpeper schools are canceled for inclement weather, the course will be canceled and moved to makeup dates. Inclement weather cancellations notification will also be posted online at Windmorefoundation.org

Sally Humphries:
I started this book in Massachusetts in 1973 with the question: How did thirteen disjointed colonies form a new nation when they were held captive by the all-powerful British empire?  And aside from Washington, Adams, Franklin, and Jefferson, who stepped up as the supporting cast?  Where did they come from?  What kind of determination and courage did it take to win against such incredible odds? 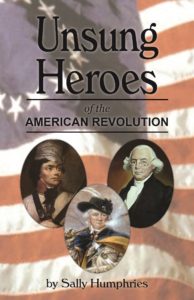 I found the stories of over twenty of this heroic supporting cast in bits and pieces in hundreds of places. This book is my attempt to put those stories in one concise book for the benefit of my family and friends.

Unsung Heroes is available at Amazon.

Remember to order through AmazonSmile to donate to the WIndmore Foundation for the Arts.
Sally Humphries is a member of Windmore’s Pen-to-Paper program. 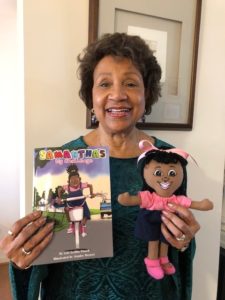 For more information is available at her website: www.loisgriffinpowell.com 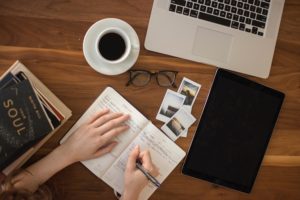 Photo by Thought Catalog on Unsplash

Lucie Russo facilitates a monthly meeting of writers who want to learn about new publishing information. The group will also share helpful information about resources or social media sites, offer editing tips, list resources to check out and places to post their works.

All meetings are in the conference room at the Culpeper County Library. The meetings are on the second Tuesday of every month from 10AM to Noon. All are welcome to attend.

I have always been a “word” person.  About age ten, I was writing skits for the neighborhood kids to perform on our front porch – while our adoring parents sat in dumpy folding chairs and applauded wildly.  I got better at writing as the years rolled on and launched a career in free-lance writing and journalism.

I have had articles published in Guideposts, Christian Standard, and other small magazines as well as being an editor of employee publications for a major life insurance company and a manufacturing company.

Cally Tales was my first book, based on the real-life adventures of my calico Cat and her thirteen furry friends.  Cally was rescued from a busy road where she was dumped as a tiny kitten and left to die.  That was nine years ago, and now she is an expert on eating and sleeping — and has an opinion of almost everything. When she decided to write a book and give her opinions to the world at large, I agreed to help.  Then she started adding stories of her other friends, and the rest is history. That was in 2017, and the stories keep rolling in.

By 2018 Cally began to think about a new book for her new friends.  It started with the incomparable Suki and his walkabouts in the backyard.  How could that be?  Suki was an indoor cat.  Then Cally met Calvin and Hobbes and Tess, the feral cat who gave up her wild life for life on a farm.  Along came Reckless who would not take “no” for an answer.  Then Trucker, the magnificent, who was so persuasive he convinced Cally to broaden her horizons to include d-o-g-s.

Bella and Buffy, the adorable Shih-Tzus, had already captured the heart of Cally’s staff, so what was she to do? The floodgate had opened, and in walked Wally and Murphy and Sugar and Freddy and Rags — to name a few.

As for me, Cally’s staff and scribe, I have written my own book on a totally different subject. It’s for history buffs and should be available in February or March.

Sally Humphries is a member of Windmore’s Pen-to-Paper program.