Scholarships are for high school seniors who plan to attend college to pursue a career in the visual or performing arts.

In 1944 Skelton became a senior research analyst for the Military Intelligence Division of the War Department at the Pentagon in Washington, D.C. In 1947 she volunteered for service with the MFAA Restitution Branch of the Office of Military Government, U.S. Zone (OMGUS) for Hesse in Wiesbaden, Germany. In addition to her duties, she volunteered to teach art to German students in the town of Bad Nauheim, Germany. She also helped prepare an extensive catalog for an exhibition of drawings and paintings by Rembrandt held at the Wiesbaden Central Collecting Point in May 1948. 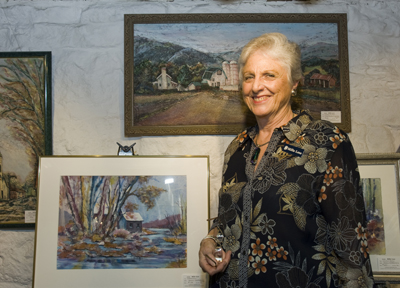 Millie was born December 6, 1938, in Trenton, New Jersey to George and Dorothy Allen. Millie was married for fifty years to Frederick “Ted” Earl Lane. Millie graduated from Mercer Hospital School of Nursing College, in Trenton, New Jersey, as a registered nurse. She worked as a nurse at Culpeper Hospital, an operating room nurse at Fauquier Hospital, and as an occupational health nurse for Southland, GM Power Train, Department of Corrections at Camp 11 and Coffeewood Correctional Center. She had a 40-year career as a nurse, earning many awards for creative and innovative programs, and a place in Who’s Who in American Nursing.